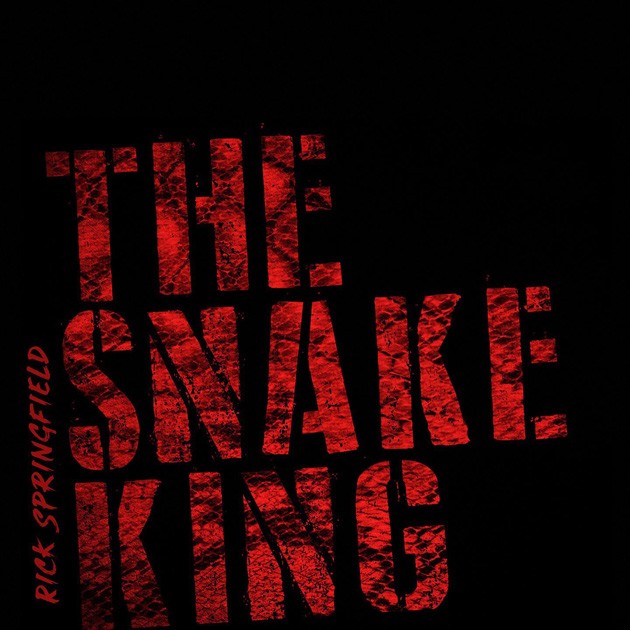 The Snake King is the brand new album from Rick Springfield and finds Rick traveling down a dusty dirt road exploring the blues. Release on January 26, 2018, The Snake King is available here from your favorite retailer.

The Snake King track list:
1. In The Land Of The Blind
2. The Devil That You Know
3. Little Demon
4. Judas Tree
5. Jesus Was An Atheist
6. The Snake King
7. God Don’t Care
8. The Voodoo House
9. Suicide Manifesto
10. Blues For The Disillusioned
11. Santa Is An Anagram
12. Orpheus In The Underworld

“Through various style shifts and periodic musical evolution, Rick Springfield continues to weather the ever-changing musical landscape on his own terms. He seems to enjoy every bit of his adventure, at least in a musical sense, as exhibited by the sonic spirit that emanates from his every output.” – Alfie Vera Mella, Cryptic Rock

“Rick Springfield is back with a brand new studio release and it’s darker than black, in the best way possible—it’s the blues… It’s rare to be able to listen to an album all the way through and not need or want to skip a song. You just can’t on The Snake King. The Snake King is going to surprise fans, the critics, pretty much everyone. It’s dangerous when you don’t know what you don’t know, but if you listen close enough, Rick Springfield just might let you know what that is.” – Derric Miller, Hardrock Haven

“While Rick Springfield’s seventeenth studio album might seem like quite the curveball – the highly successful melodic rocker having taken a fork on the road, by-passing hook-laden Hitstown for the dustier and darker (certainly lyrically) location of Bluesville – it’s worth remembering the noted Australian musician’s earliest playing days were in blues bands back home in Oz…. The Snake King is, as the Aussies would say, an absolute ripper and a bonza piece of work, lyrically.” – Ross Muir, Fabrications HQ