Rick To Star With Meryl Streep 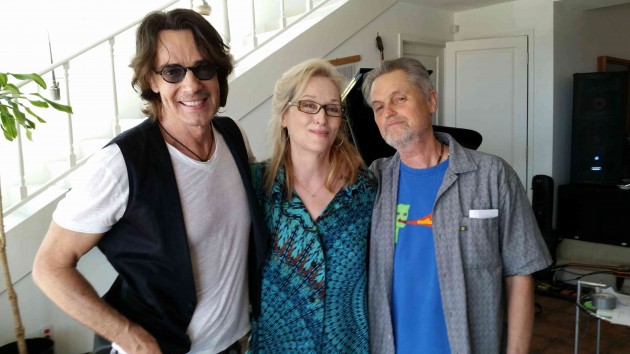 Meryl Steep will have a musician with more than four decades of experience appearing by her side in her upcoming film, Ricki and the Flash.

Rick Springfield, the musician behind hits like “Jessie’s Girl,” “Don’t Talk to Strangers” and “Affair of the Heart,” has been cast in Tom Rothman’s TriStar Productions film, which is in pre-production and will begin shooting in October.

Written by Diablo Cody and to be directed by Jonathan Demme, Ricki and the Flash centers on a rock n’ roll loving woman (Streep) who chased her musical dreams at the price of her family, but is given one last chance to, perhaps, make things right.

Springfield will play a band member who has a crush on Ricki (Streep), and he’ll be showing off his skills on the guitar in the project.