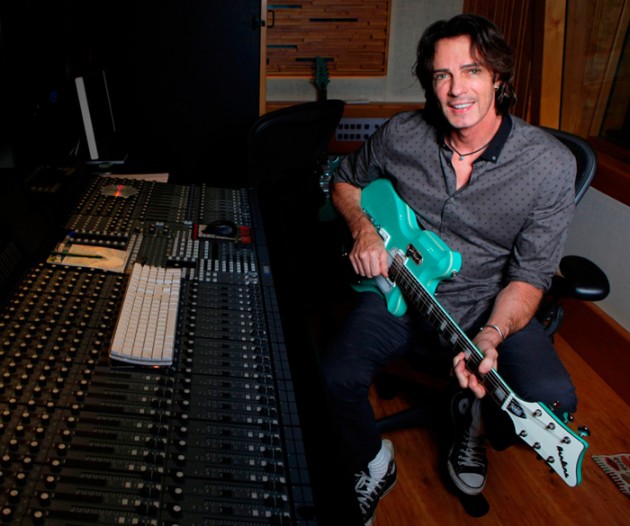 Check out a brand new interview with Rick for The A.V. Club!

The A.V. Club: You released Living In Oz in 1983, and it’s one of your most underrated albums. What stands out to you today about the writing and recording process for that record?
Rick Springfield: That was one I really took a chance on. I had been co-producing the two albums before that [1981’s Working Class Dog and 1982’s Success Hasn’t Spoiled Me Yet], and I took over full production on this one. I was very scared, because I was originally going to do it with Keith Olsen, but we differed pretty strongly on what were the best songs for the album. So I decided to take a chance and produce it myself.
Because of that, it was much more guitar and bass, and a heavier sound than I think I would have gotten with somebody who just saw me as, “This is the next pop record.”

AVC: What did you like most about saying, “Hey, This is my album. I want to do it this way”?
RS: We really experimented. I remember when we finished “Human Touch”—and now, in retrospect, it sounds pretty silly—but then I thought it was too outside for my audience, because we had all these weird sounds under it. Mitchell Froom, who actually went on to produce a lot of great stuff himself, was the keyboard player on it. We experimented a lot with synths and stuff. He had this woodwind synth that was one of the first ones in the world, and it was pretty weird sounding. We put a lot of kind of weird effects on quite a few of the songs. I actually thought it might be kind of alienating—and it was. I think it was alienating to the 12-year-old girls. But I remember seeing a lot of college people showing up around that album, with the album [title] written on their cars. I know a lot of people got it, but I think to a lot of my original army of fans, it was a little heavy for them, and a little bit too much of a left-hand turn.

Now, most of the female fans I meet, that’s one of their favorite records. Actually, the women seem to like a lot of the heavier stuff. I did a record called Shock/Denial/Anger/Acceptance that’s probably the heaviest record I’ve done so far, and that’s the hardcore female fans’ all-time favorite record.